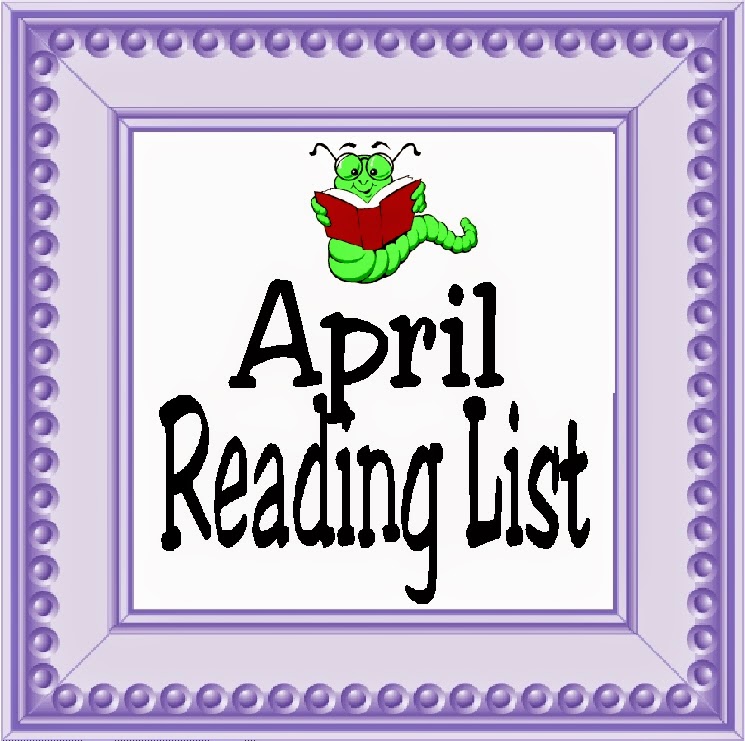 I didn't have a lot more time to read this month as I've been working on several big party ideas, including my daughter's upcoming graduation.  So I took advantage of several audio books from my local library.  I love that I can download them directly to my phone and listen whenever I am working or playing Taxi for the kids.

I did get to read the next magazine edition of iBlog Magazine.  It's almost like Christmas when this magazine appears in the mailbox.  I get a few different magazines because I love to read the short articles whenever I have a spare moment.  iBlog is great because I feel like it's helping to improve my blog and I'm not just wasting my reading and learning time.

This month they had several good articles like "How to Draw the Most Out of Instagram for your Business", "How Images Influence Conversions", and "7 Fundamentals of Being Buzzworthy on Social Media."

I've been reading my magazine with a highlighter and I feel like some articles I mark more than I don't.  But I think that's a sign of a good read.

I really recommend this magazine if you haven't checked it out already.  It's great for bloggers who have a life outside of the computer.  If you want to check them out online, you can view some great articles on their website like
Looking to make money from your blog? "Blogalicious co-founder Stacey Ferguson shares three top ways to monetize!", Top podcaster and best-selling author Pat Flynn, talks about how to talk...and get paid for it, and What's the BEST way to get a loyal audience for your blog? Find out from AParentInAmerica.com founder Jessica McFadden!

From Amazon:
Where do you go when nowhere is safe?

Sixteen years after a deadly virus wiped out most of Earth’s population, the world is a perilous place. Eighteen-year-old Eve has never been beyond the heavily guarded perimeter of her school, where she and two hundred other orphaned girls have been promised a future as the teachers and artists of the New America. But the night before graduation, Eve learns the shocking truth about her school’s real purpose—and the horrifying fate that awaits her.
Fleeing the only home she’s ever known, Eve sets off on a long, treacherous journey, searching for a place she can survive. Along the way she encounters Arden, her former rival from school, and Caleb, a rough, rebellious boy living in the wild. Separated from men her whole life, Eve has been taught to fear them, but Caleb slowly wins her trust . . . and her heart. He promises to protect her, but when soldiers begin hunting them, Eve must choose between true love and her life.
In this epic new series, Anna Carey imagines a future that is both beautiful and terrifying. Readers will revel in Eve’s timeless story of forbidden love and extraordinary adventure.
My daughter gave me this book to read when I was in a book slump and didn't know what to pick up.  I admit that I wasn't too fond of Eve herself.  I think I really like characters who are stronger and Eve kept driving me crazy.  I know I really have no room to talk since I've never been in a dystopian society where most of the population had died and I had been sheltered and lied to for ten years.  But I would hope that I would have a little more backbone and adventure.  Yet Eve kept making dumb decisions and not seeing what was going on around her.

I did get into the book a little at the end and will probably read the whole series just to find out the end.  I'm really bad that way.  I need to know what happens even if I don't particularly enjoy the book.  Plus, I need a happy ending in love stories.  I'm just a hopeless romantic that way.  The way that Eve ended, was a little short in this department and I have hope for the next book or two.

From Amazon:
Cassia has always trusted the Society to make the right choices for her: what to read, what to watch, what to believe. So when Xander's face appears on-screen at her Matching ceremony, Cassia knows he is her ideal mate . . . until she sees Ky Markham's face flash for an instant before the screen fades to black. The Society tells her it's a glitch, a rare malfunction, and that she should focus on the happy life she's destined to lead with Xander. But Cassia can't stop thinking about Ky, and as they slowly fall in love, Cassia begins to doubt the Society's infallibility and is faced with an impossible choice: between Xander and Ky, between the only life she's known and a path that no one else has dared to follow.

After perusing through the library's online website for a good audiobook in the young adult fiction section, I came across Matched.  Since it was "highly sought after", I thought it might be a good one.  I'm not sure if I agree or not.

Once again, the main character is in a dystopian society and trying to find her way through the changes around her.  This seems to be a common theme in the books I've been reading lately.  I do like that Cassia grew a little throughout the book, but she was still taught to be scared to break the rules.  Maybe I'm too harsh on these type of characters, because I am definitely a no rock the boat kind of person, but I do hope that I would stand up with strength if ever I was faced with the choice.

I'm glad at the end that she fights and stands for what she believes.  I am anxious to read the rest of the book series.

From Amazon:
After spending centuries in a prison of ice, Tatijana of the Dragonseekers was freed. Awakened in human form, Tatijana yearns to explore the modern world—one with more mysteries than she is prepared for.
Fenris Dalka has returned to the Carpathian Mountains, scarred by battle. Though the reason for his return could prove fatal if found out, he is drawn to the beautiful stranger who carries the scent of fresh earth, of forest, of the night itself.
In time, Tatijana and Fenris will discover all that unites them—their secrets and pasts, their predators, and the hot flush of passion that stirs their souls. Yet just as surely, they’ll also discover everything ancient and evil that exists to destroy them.

I enjoy this series just because it's a little different than the dystopian books that I've been reading lately.  I enjoy that you can find out about the other characters in past books and the story that's been weaving through the series continues on.
books