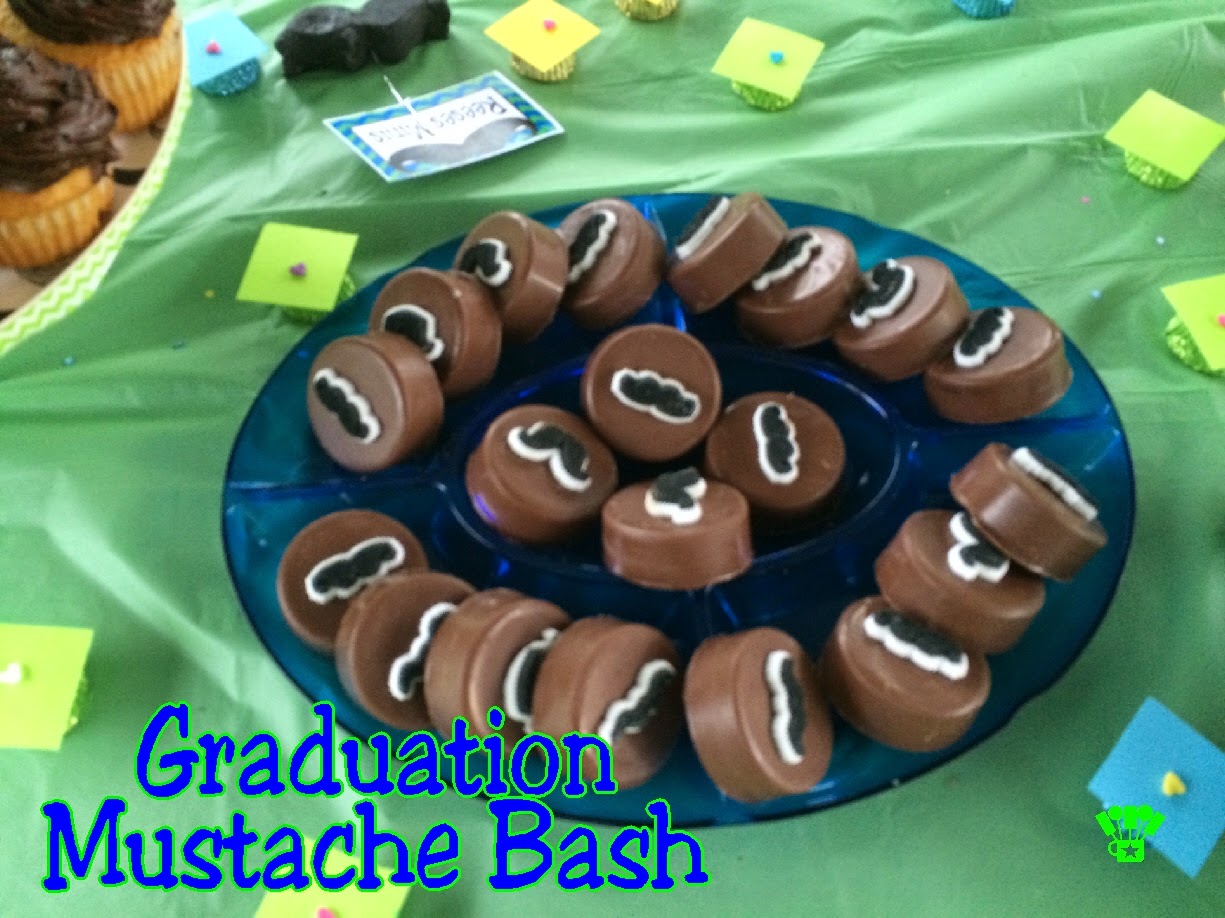 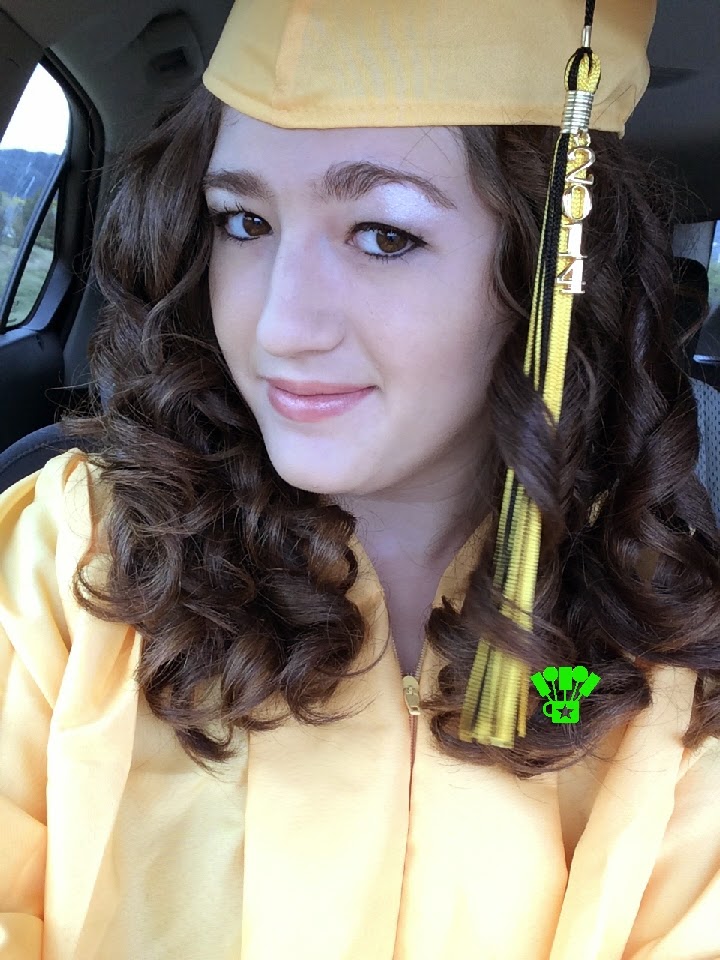 We were so excited and thrilled that we decided to throw her a Graduation Mustache Bash...in the middle of a hurricane.  Okay, maybe not, but as upset as I was, it sure felt like that.

We live in the Banana Belt of Colorado.  There are 360 days of sunshine here.  It really never rains.  Well, this week, it's poured, hailed, snowed, and thunderstormed (is that a word, because it should be after that experience...) almost every single day.  What the heck?!?!

When we headed to the park to start setting up for the party, it was overcast, but we thought the weather would go around the mountains and hit to the east of us.  We went ahead and set up anyway... 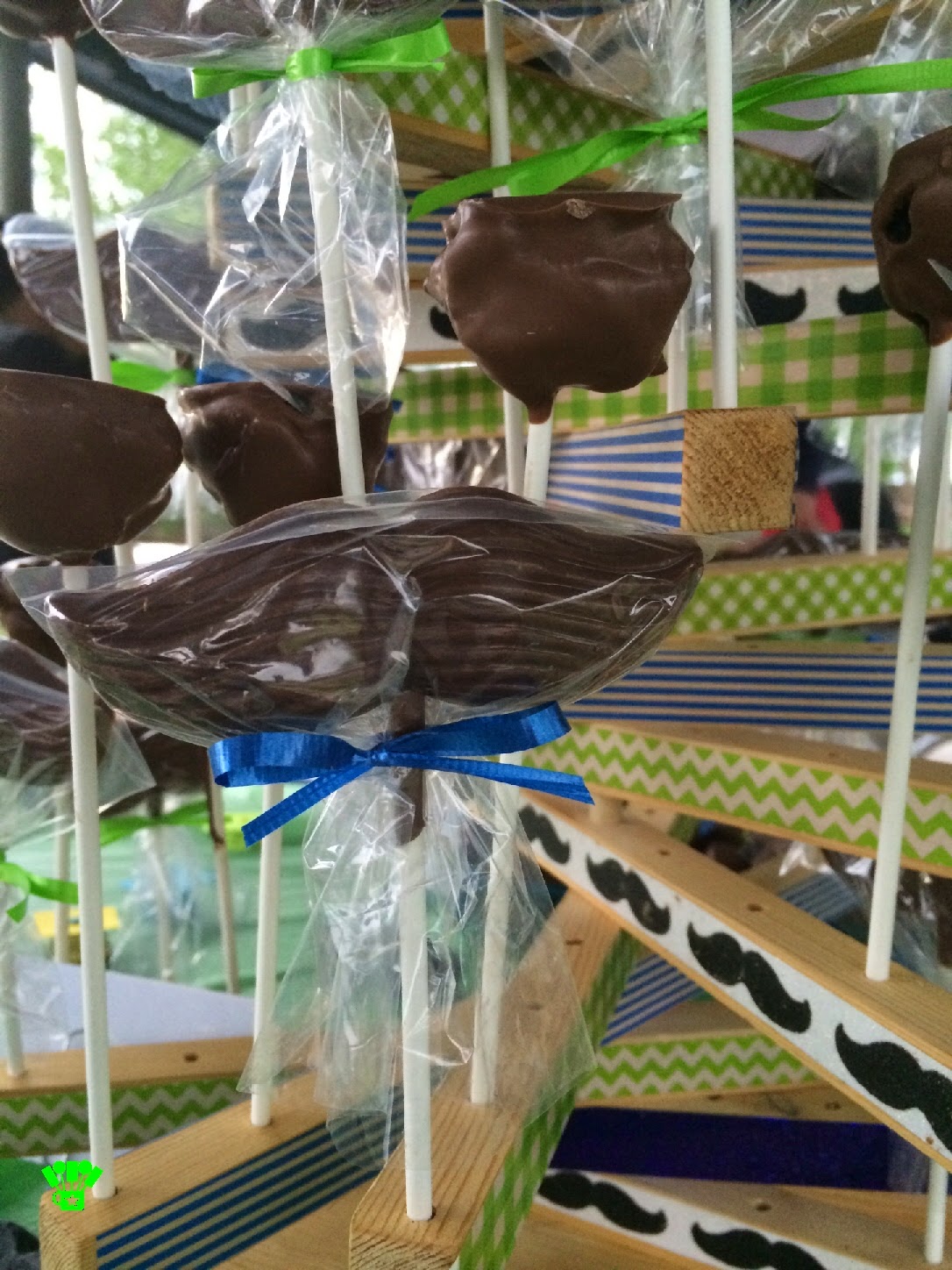 We started with a green tablecloth in neon colors and added the sucker tree that Dear Hubby built for me a few summers ago.  To spice up the sucker tree, we added blue, green, and mustache washi tape to the sides of the arms.  I really love how it turned out and wish I had gotten a few more pictures of it.

On the sucker tree I put the chocolate mustache suckers that I made and some brownie pops.  Couldn't not have brownies at our dessert table with Daredevil's brownie store dream still looming over our baking ideas. 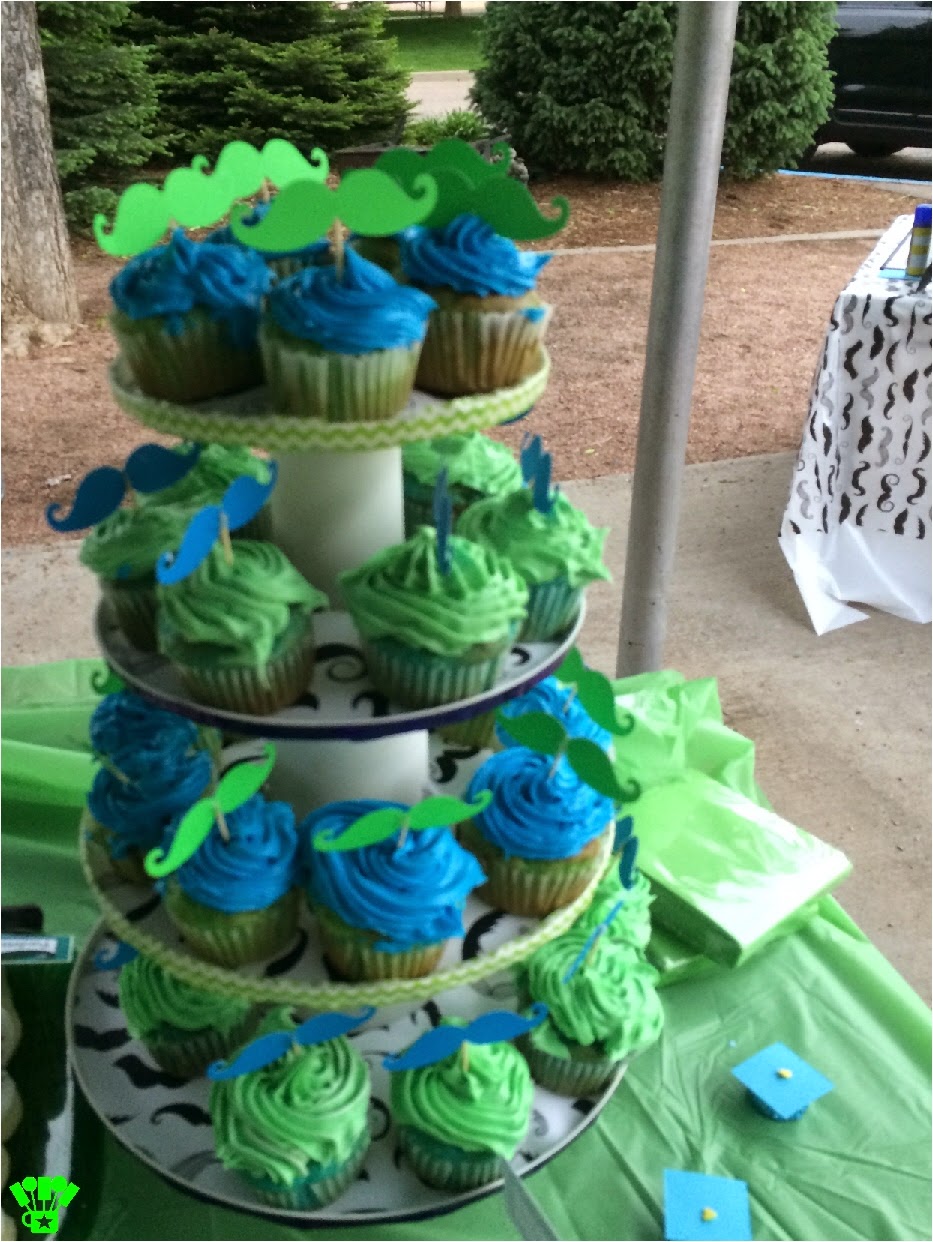 On the outer ends of the table, I set up two Wilton 4-Tier Stacked Cupcake Tower

.  To decorate the stands, we put alternating green and blue washi tape on the edges and used some mustache wrapping paper to line the inside of the stands.

In the background, you can just barely view our mustache table.  We decorated it with a white tablecloth covered by a mustache overlay table cloth found at Hobby Lobby.  Then we added kindergarten and senior pictures of Drama Queen and my graduation subway art photo.  This was the greeting table where guests could gather their tattoo mustaches for the party and pick up the How Well Do You Know game quiz.  We also invited guests to sign her Mustache book as a memorial they were there and to give her advice and fun wishes. 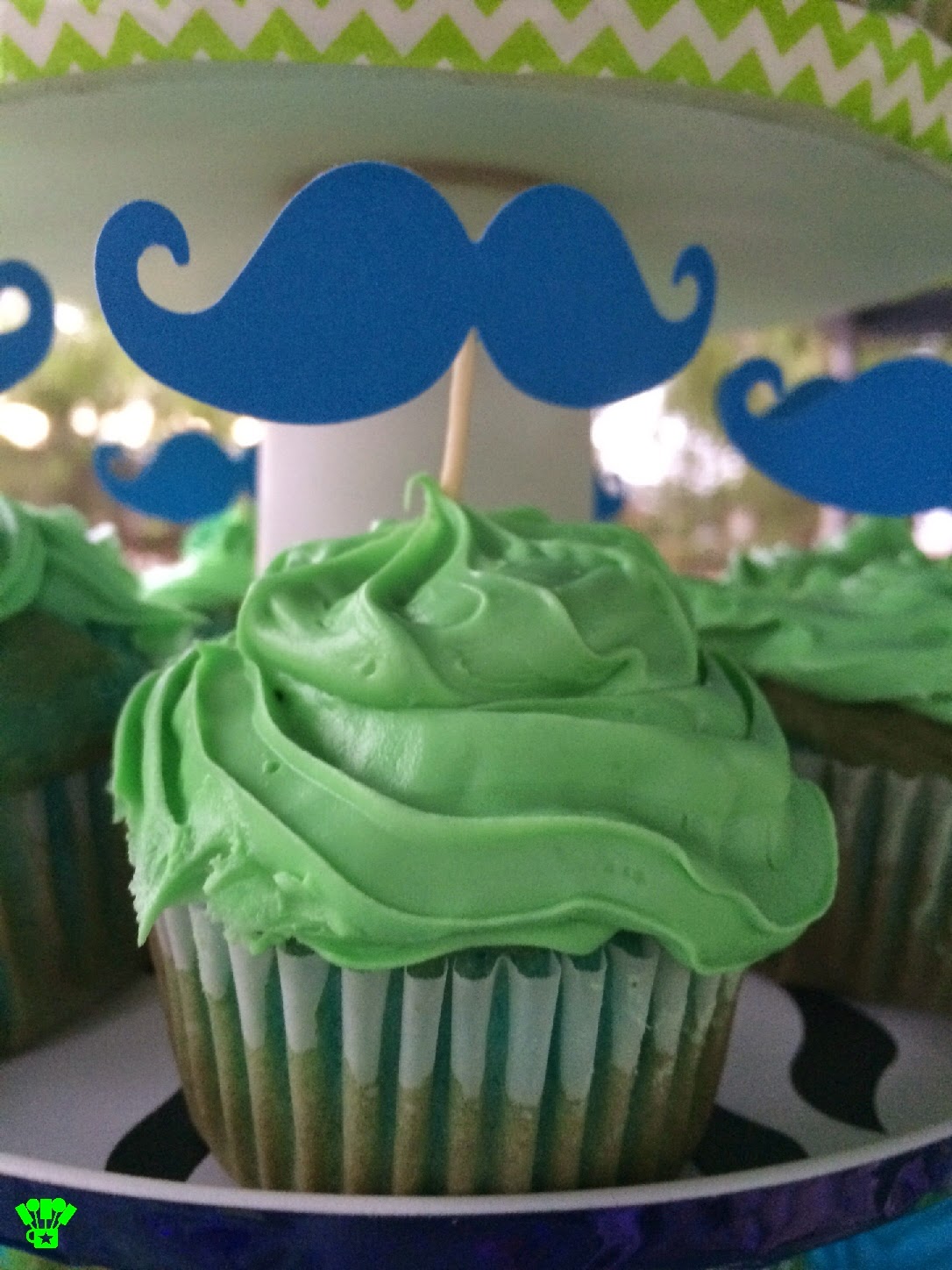 We died the cupcakes blue and frosted them with green frosting on half, and alternated the colors on the other half of the cupcakes. 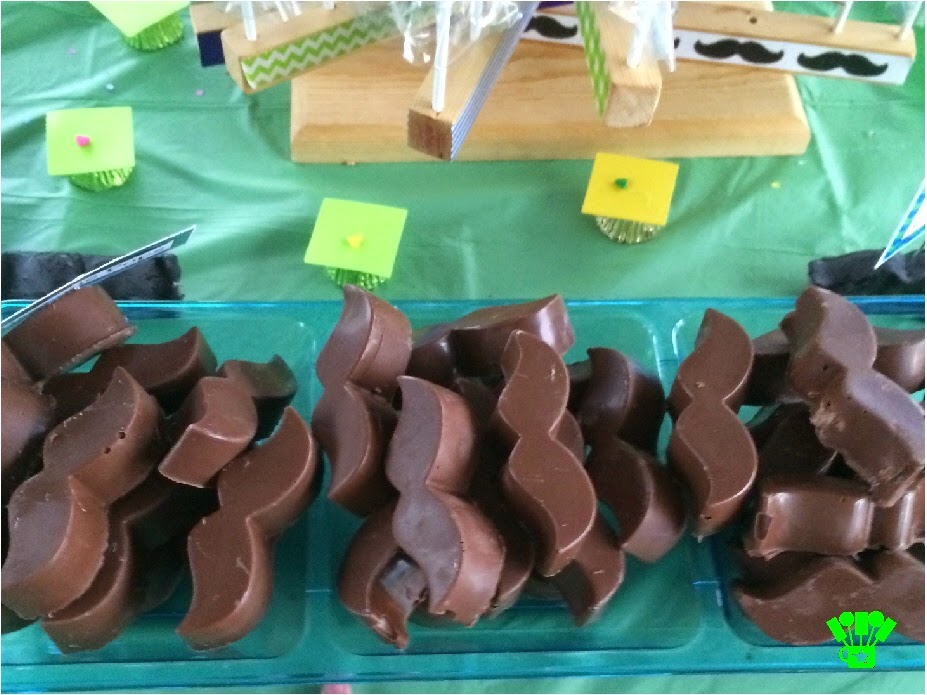 Surrounding the sucker tree, we placed the mustache truffles that we made. 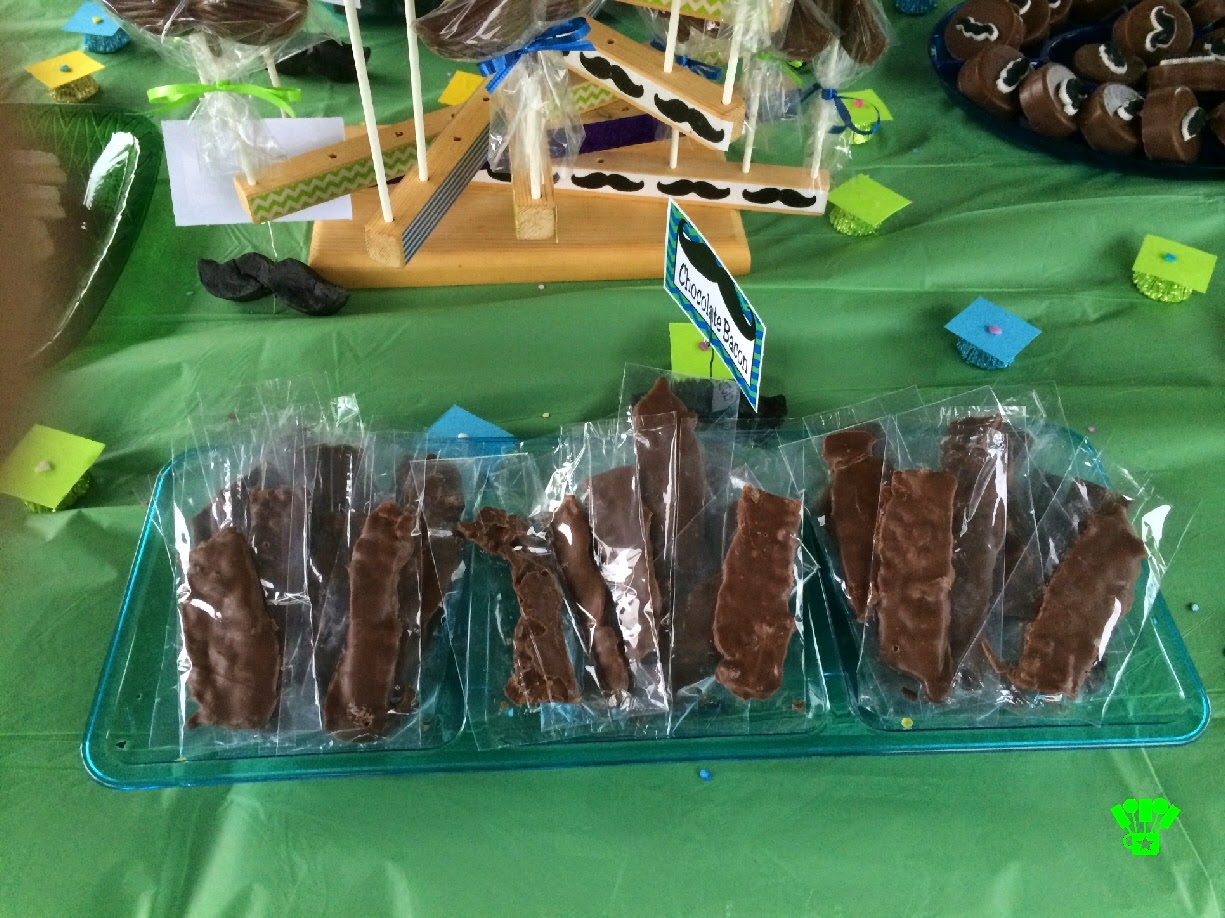 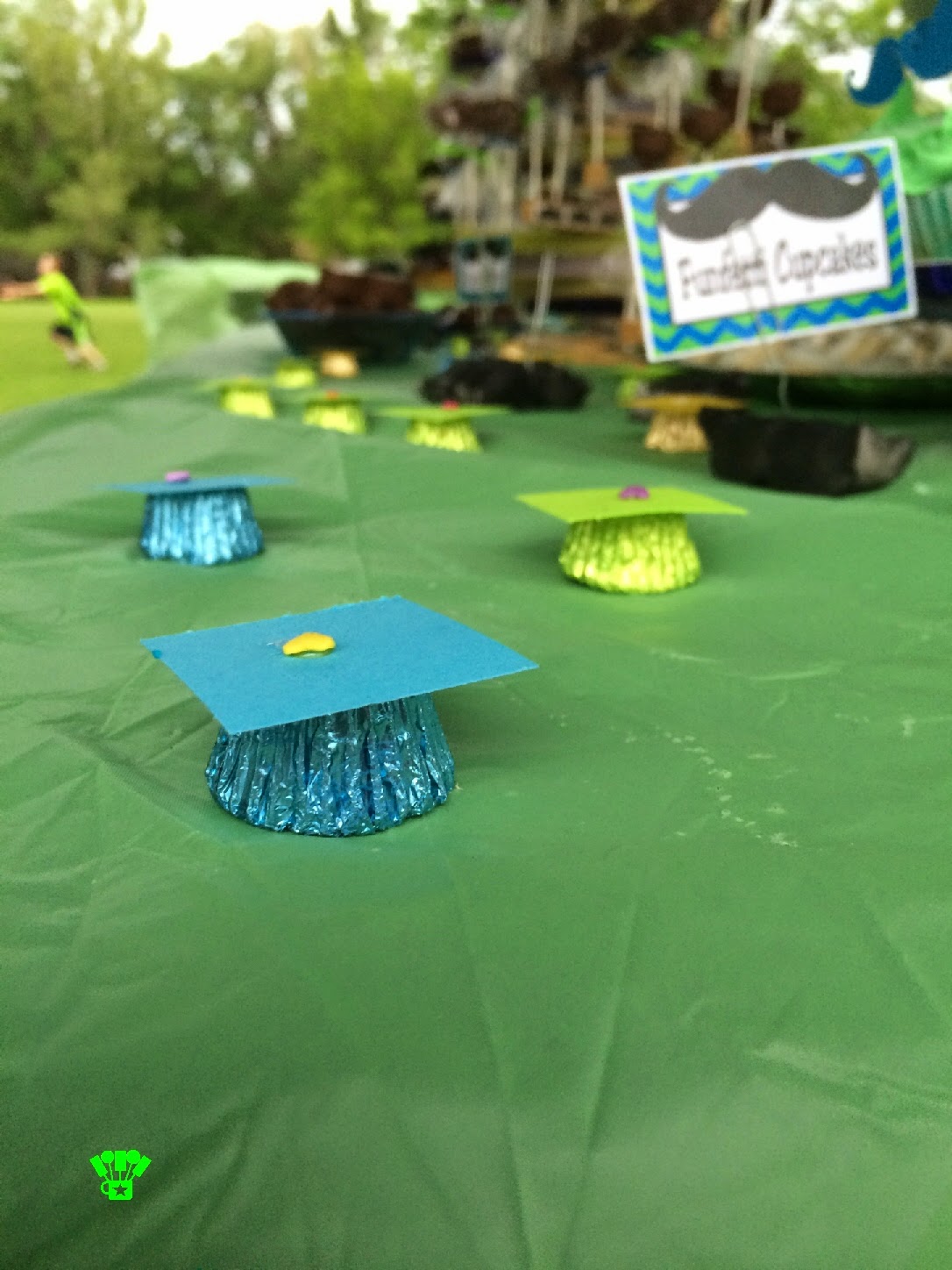 We scattered the Reese's Graduation caps all over the tables and used the mustache place holders and table cards to tell the guests what each of the desserts were being offered. 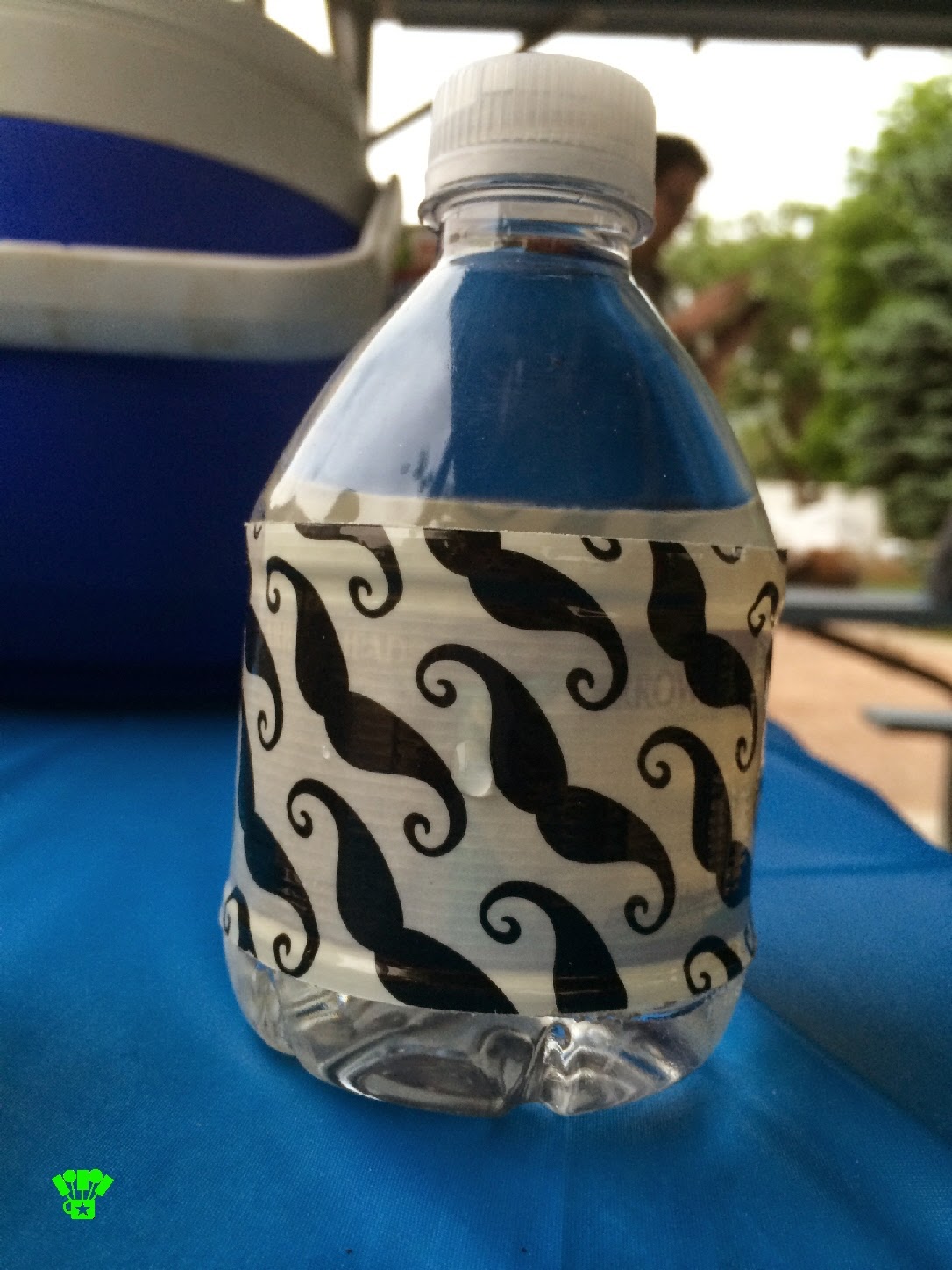 to drink.
Once we got everything all set up, the wind and rain started up.  We tried to stand and block the wind to be able to get a few pictures taken, but everything kept trying to blow away.  I can't tell you how frustrated I was, but finally we called it and moved the party back to our house. 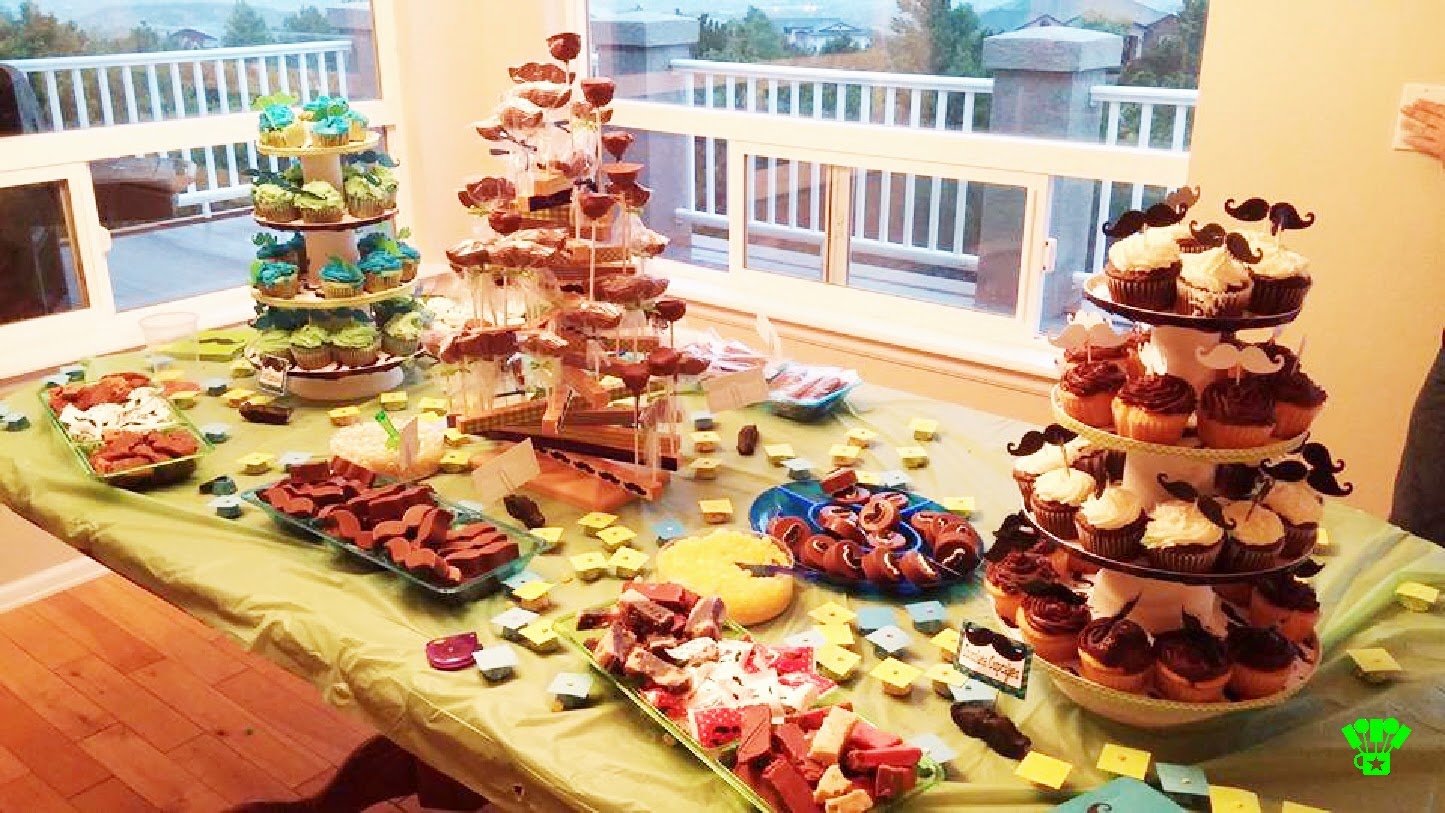 We tore down the party and reset it up with all the guests hovering over all shoulders in about 10 minutes time.  Once we got home, we had so many guests and family in the house I'm sure the fire marshal would have been having a heart attack.
But we went ahead and played our games, enjoyed some great sweets, and celebrated our Drama Queen in full stash style.
Sometimes you just have to roll with the weather, despite three months of planning and plotting for the perfect party.  We still had a good time and she loved it.
To see all our Mustache party decorations and ideas, see it here.
chocolate cupcake dessert table graduation mustache party