Top 10 Favorite Movies of All Time 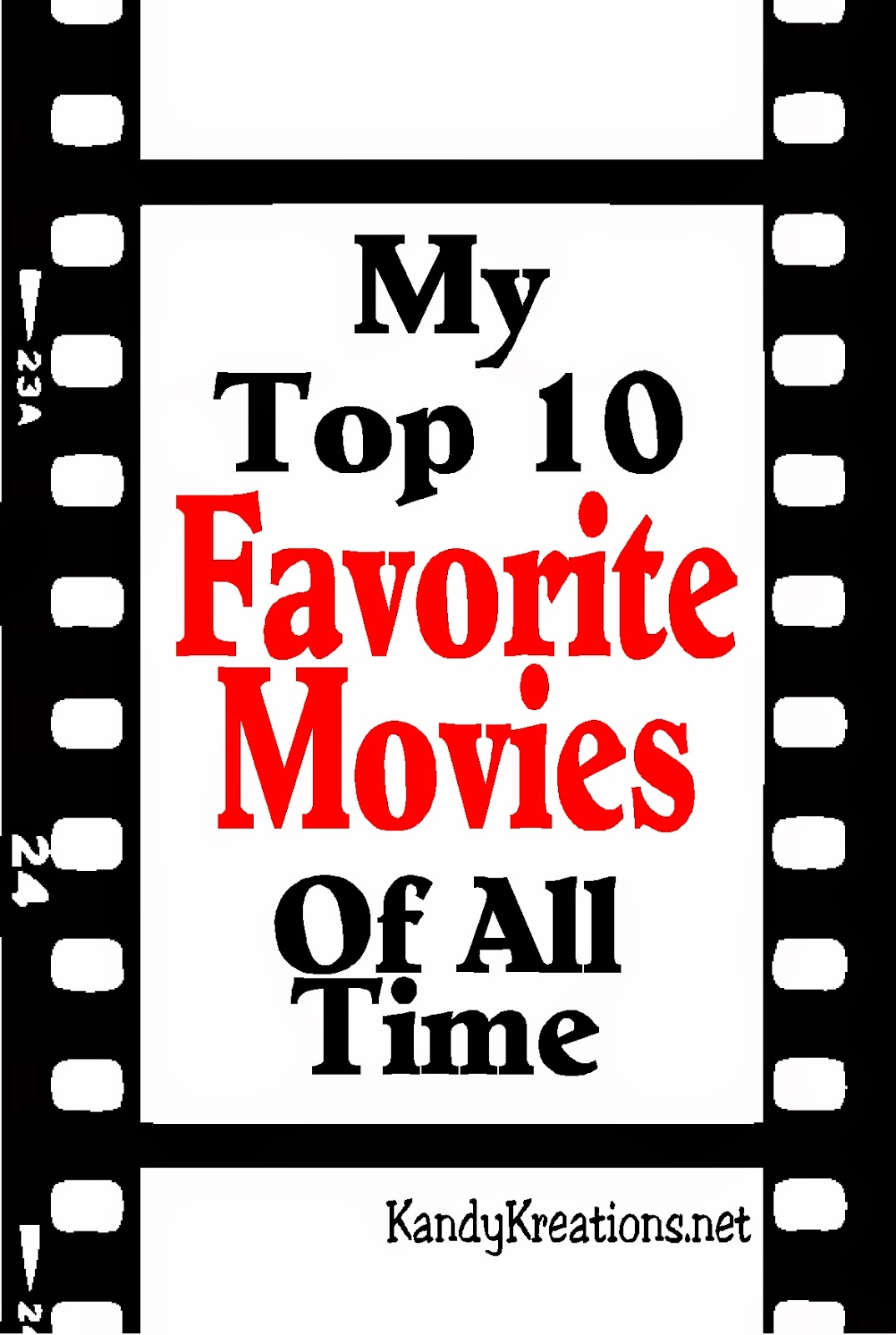 While I was driving to Texas last month, I had a lot of time to think.  Texas has those long, straight, no scenery to look at roads that go on forever, so it's a pretty easy drive for the most part and I let my mind wander.

I started thinking about all the fun movies that came out this summer and which ones I wanted to see.  I LOVE to go to the movies and it's really hard for me not to enjoy a movie, even if it's a B movie that is pretty dumb.  I like the entertainment and the fun of living a different life for two hours.

But it made me wonder if I could decide on my top 10 favorite movies of all time.  Could you do it?  This is what I came  up with.

In no particular order...

From Amazon: " Henry (Sandler) lives an enviable life in a Hawaiian paradise, spending every night with a beautiful tourist in search of an island fling. It's a sweet life with no strings attached...until he meets Lucy (Barrymore). He and Lucy hit it off from the get-go, but the next day she acts like she doesn't know him. Has his karma come around to kick him in the butt or what? Actually, Lucy has short-term memory loss so every night all memory of her day is erased. But a man in love will go to any lengths to win over the girl of his dreams, and if that means having to find imaginative ways of doing it over again every day, then Henry's up for the challenge. "

From Amazon: "using a storytelling framework, avuncular Grandpa (Peter Falk) gradually seduces his skeptical grandson (Fred Savage) into the absurd, irresistible melodrama of the title story.
And what a story: a lowly stable boy, Westley (Cary Elwes), pledges his love to the beautiful Buttercup (Robin Wright), only to be abducted and reportedly killed by pirates while Buttercup is betrothed to the evil Prince Humperdinck. Even as Buttercup herself is kidnapped by a giant, a scheming criminal mastermind, and a master Spanish swordsman, a mysterious masked pirate (could it be Westley?) follows in pursuit. As they sail toward the Cliffs of Insanity...  "

From Amazon: "Carl Allen has stumbled across a way to shake free of post-divorce blues and a dead-end job: embrace life and say yes to everything. Take a bungee plunge? Yes. Accept call-now TV offers? Yes. Learn Korean? Yes. Grab the first flight to anywhere? Yes. Win your dream girl? Yes. Crack up fans with a feel-good, laugh-loaded romp? Yes! Working every funny bone in his nimble body and every muscle in his hilariously mobile face, Jim Carrey plays Carl in a YEScapade about opening up to lifes possibilities especially when those possibilities include romance with an intriguing, free-spirited musician (Zooey Deschanel). "

Maleficient
From Coming Soon: "A beautiful, pure-hearted young woman, Maleficent has an idyllic life growing up in a peaceable forest kingdom, until one day when an invading army threatens the harmony of the land. Maleficent rises to be the land's fiercest protector, but she ultimately suffers a ruthless betrayal—an act that begins to turn her pure heart to stone. Bent on revenge, Maleficent faces an epic battle with the invading king's successor and, as a result, places a curse upon his newborn infant Aurora. As the child grows, Maleficent realizes that Aurora holds the key to peace in the kingdom—and perhaps to Maleficent's true happiness as well."

Ever After - A Cinderella Story

From Amazon: "A "modern" young woman of the 16th century, Danielle (Barrymore) is as independent and wise as she is beautiful and kind. Against remarkable odds, she stands up to her scheming stepmother (Huston) and works miracles on the lives of everyone around her, including the crown prince of France (Dougray Scott)! "

From Amazon: "the story of the Hess family in Bucks County, Pennsylvania, who wake up one morning to find a 500-foot crop circle in their backyard. Graham Hess (Mel Gibson) and his family are told extraterrestrials are responsible for the sign in their field. They watch, with growing dread, the news of crop circles being found all over the world. SIGNS is the emotional story of one family on one farm as they encounter the terrifying last moments of life as the world is being invaded. "

From Amazon: "Michael Jennings (Ben Affleck) is a brilliant computer engineer hired for top-secret projects. After each job, Jennings' short-term memory is erased so he cannot recount any project information. Emerging from his latest assignment, a three-year contract with an eight-figure paycheck given to him by his longtime friend (Aaron Eckhart), Jennings is jolted when he is told that during the end of his assignment, he agreed to forfeit all payment. Jennings has no recourse - until he receives a mysterious envelope containing clues to his forgotten past. With the help of a beautiful scientist (Uma Thurman) he once loved but now cannot remember, Jennings races to solve the puzzle of his past . . . while a terrifying discovery waits in his future. "

From Amazon: " Inspired by a true story, The Vow is the tale of a love that refuses to be forgotten. Leo (Channing Tatum, Dear John ) is devastated when a car accident plunges his wife Paige (Rachel McAdams, The Notebook ) into a deep coma. She miraculously recovers – but the last five years of her memories have vanished. Suddenly, Leo finds himself married to a stranger who can’t remember anything about him. Naively, Paige falls back under the influence of her controlling parents (Sam Neill and Jessica Lange) and reconnects with her ex-fiancé (Scott Speedman). Desperately, Leo tries to recreate the moments that shaped their romance. Can he rekindle the passion before he loses Paige forever?"

From Amazon: "Arriving at her new college, Beca (Anna Kendrick) finds herself not right for any clique but somehow is muscled into one that she never would have picked on her own: alongside mean girls, sweet girls and weird girls whose only thing in common is how good they sound when they sing together. When Beca leads this a cappella singing group out of their traditional arrangements and perfect harmonies into all-new mash-ups, they fight to climb their way to the top of college music competitions. "

From Amazon: " Divergent is set in a world where people are divided into distinct factions based on human virtues. Tris Prior (Shailene Woodley) is warned she is Divergent and will never fit into any one group. When she discovers a conspiracy by a faction leader (Kate Winslet) to destroy all Divergents, Tris must learn to trust in the mysterious Four (Theo James) and together they must find out what makes being Divergent so dangerous before it's too late. Based on the best-selling book series by Veronica Roth."


What movies would you add to this list?  Did you see a great one this summer?  Leave me a comment and let me know.
top 10 series