March 18, 2019
Play the Mormon family feud with your church ward or youth with this game night activity.  We surveyed 100 (or thousands of) people and have the top answers, and everything else you need, for you to have a fun game night with your LDS friends. 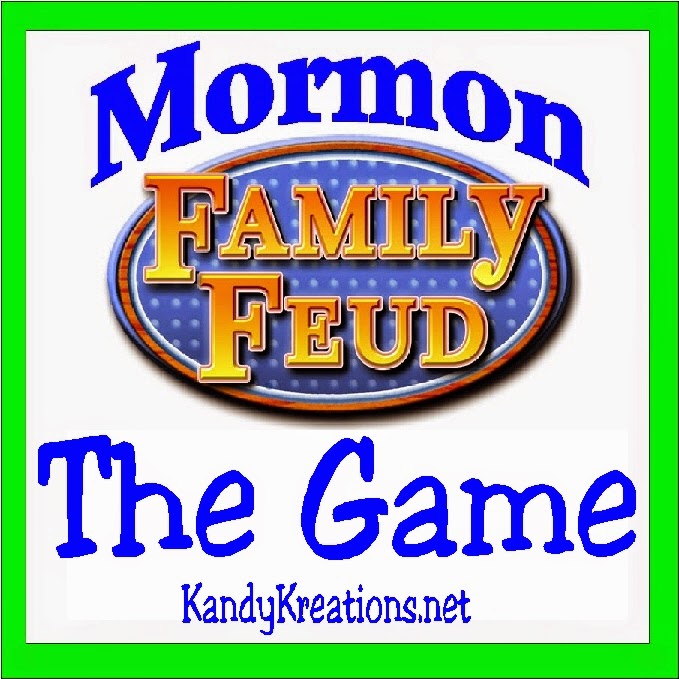 Years ago, when I was working on my Internship for my Recreation Management degree I worked for a Math and Science boarding school.  The kids came to the school from all around the state and stayed in dorms to live during the school year.  It was my job to come up with activities and games for these kids to do on the weekends.

One of our most popular activities was a Family Feud game.

Nineteen years have passed since that activity, and I've been wanting to find a way to play it again.  When I was told I was going to be in charge of the Young Men and Young Women activity at the end of the year for the youth in our church, I decided now was the time to go for it.

Thanks to you wonderful readers, our Family Feud questionnaire has been taken Many, many times.  I posted the answers a few weeks ago, but we finally had our activity this month, I wanted to give you the final results and the Power Point presentation if you want to play too. 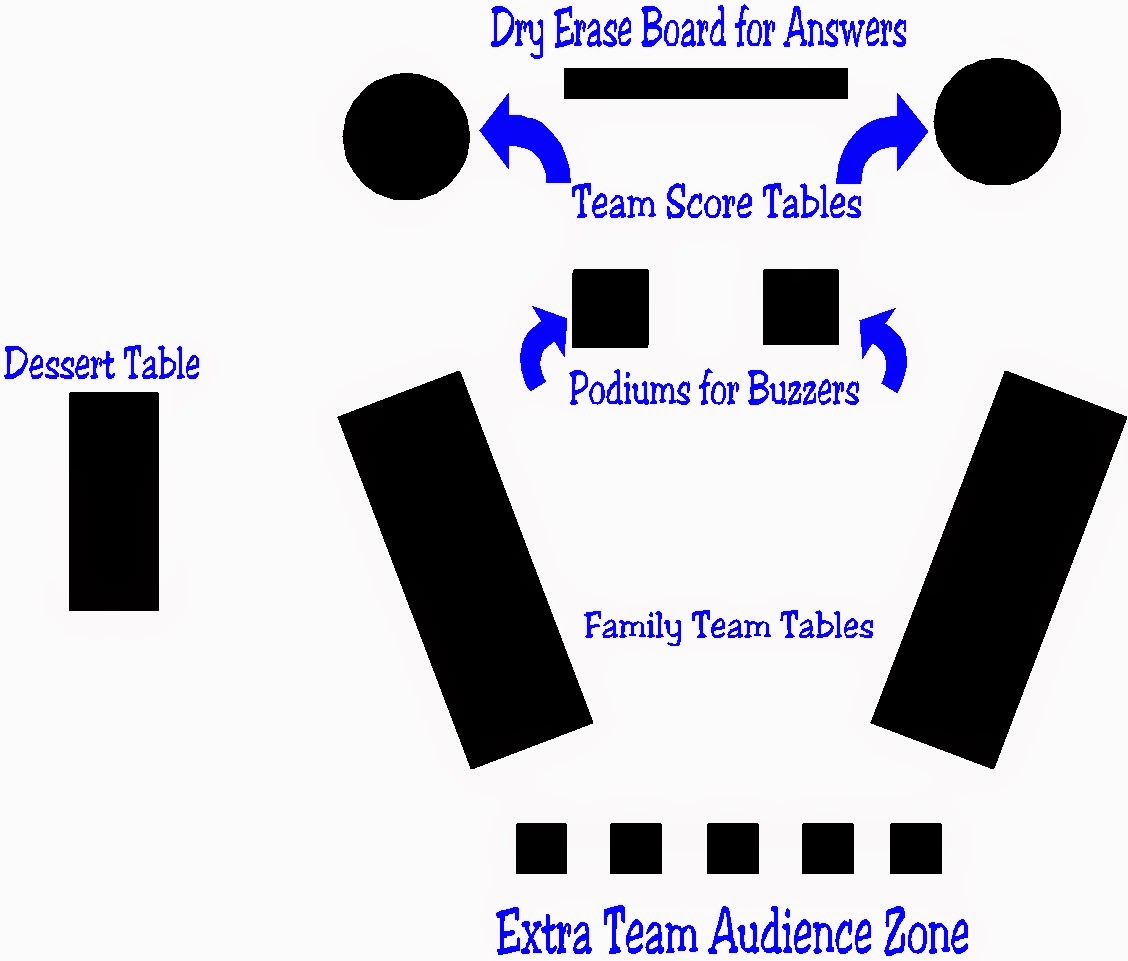 I showed up to set up for the game night a few hours early, but it only took me maybe a half hour to get everything ready to go.

We played in one half of the gym and used all the church's tables and chairs for the setup. 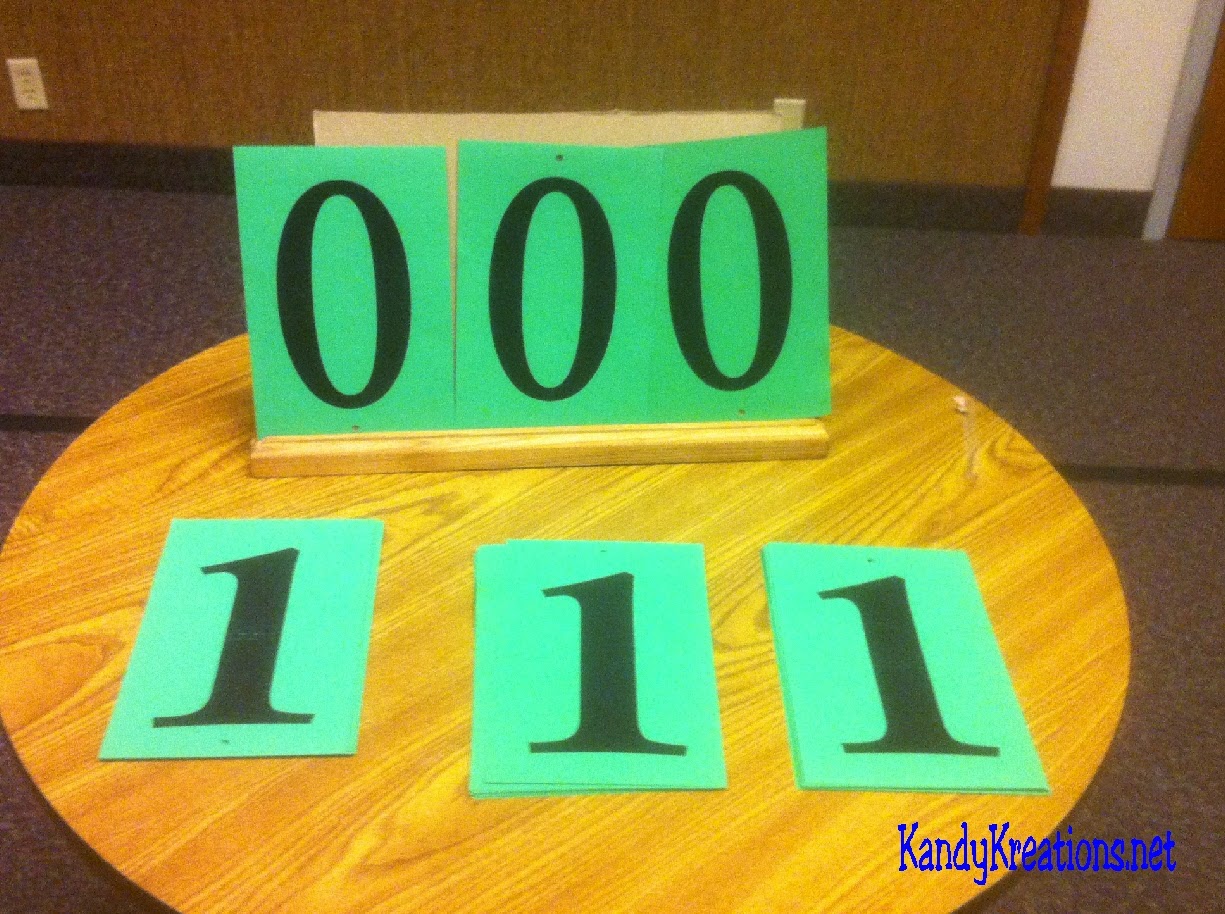 For the buzzers, I borrowed two of the pieces from the Buzz Word game.  Originally I had hoped to have two different types of buzzers so you could hear the difference when the answer was close, but we just borrowed what we had.  It didn't end up being a problem anyway.

For the score cards, I cut out six sets of numbers 0-9 on a half sheet of card stock.  I used some card holders that a friend of ours made for our Hand and Foot games, but you could use something like these Playing Card Holder Curved Wood

if you don't want to get too creative.

We did find a problem in that the scores for the rounds were about 750 each, so the score quickly went into the thousands.  So you may consider that when trying to figure out what to use. 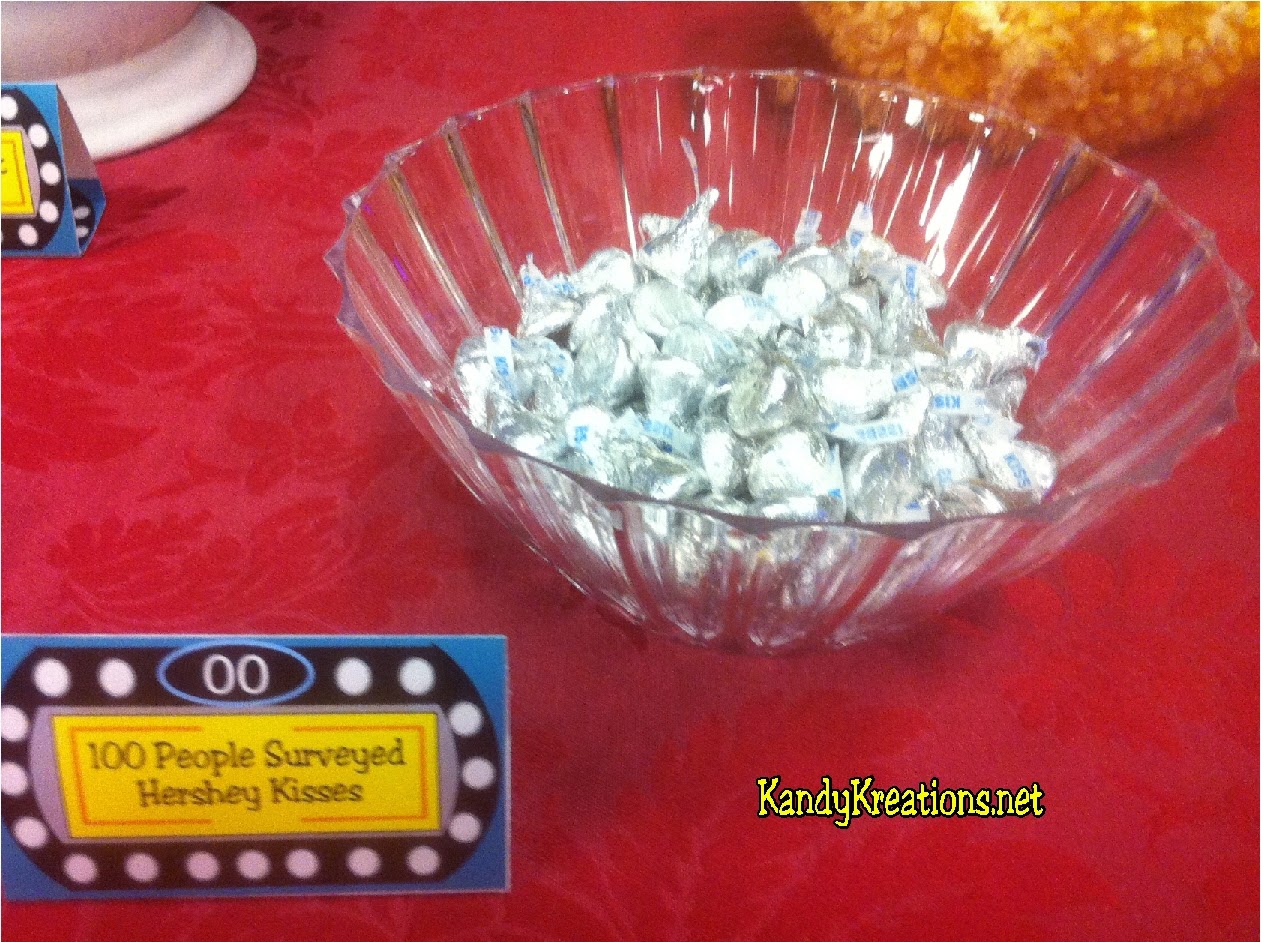 I did a whole post yesterday on the food ideas that we used, so you may want to check that out, especially if you are looking for table cards for your game night food ideas.

I let the kids eat while we were playing, so there was a lot of getting up and down during the game.  It made things a little chaotic, so you may want to consider that, but I think it also added to the fun and liveliness of the game.

We ended up with 21 kids at our activity, so we divided up into teams of 3.  I just let the kids pick their own teams, which may not have been the best idea.  It ended up being the Beehives and Deacons again the MiaMaids and Teachers against the Laurels and Priests.   So it was a little lopsided as you can guess.

We let the Beehive/Deacon team play against the MiaMaid/Teacher team.  The winner then played the Laurel/Priest Team.  The winner of that chose two players to play the Lightening Round. 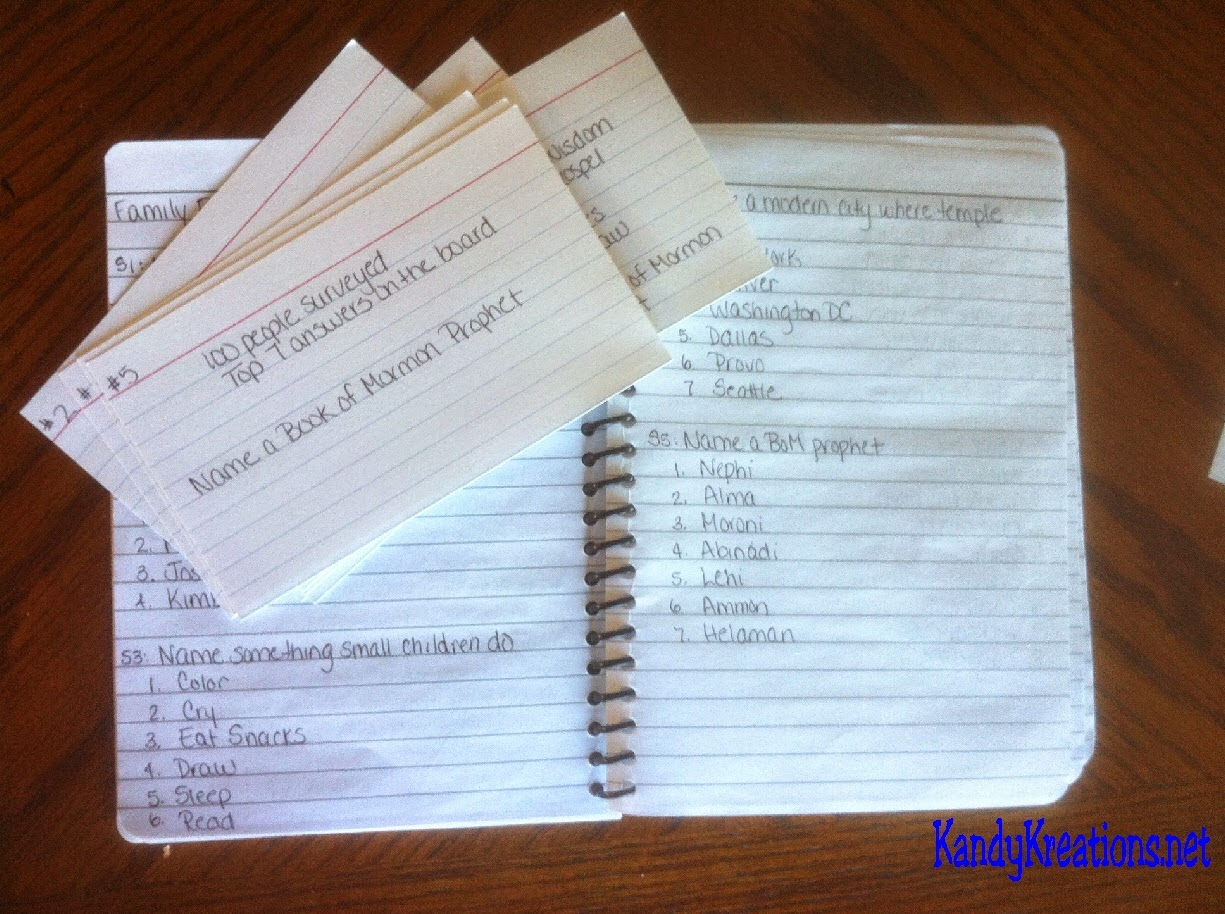 Most of the kids had no idea how to play the game.  So when I set up the game, I made a round that was super easy and we played that one as a group so the kids could learn how to play.  (We used slide number 11.)

My Dear Hubby played Pat Sajack and I ran the game projector.  I made a list of the questions for him with the slide number at the top, so he always knew what the next question was.  For me, I made a list of all the slides with the answers numbered down the side.  This way, when the kids answered something, I could look at my list and know which number I needed to click.

We let each game last 5 questions.  At the end of those slides, the winner stayed and the other team was replaced by the last team.  Then we played another 5 questions.

The game set up is pretty awesome in that all you have to do is click on the answer and it will be revealed just like in the TV game.  It also has the X buzzers and sounds.  If you've never played with power point before, I recommend running through it a few times to familiarize yourself with all the fun features, since it's a little crazy during the game when you start goofing up.

For the Lightening round, we showed the last slide with all the "number revelers" up, so you could just see the blank lines.  As the questions were asked and answers, I wrote the answers on the white board.

When that player was done, we hid the white board behind another one and I listened and wrote the answers down below the first answer.

After they were all done, I referred to my answer book and we went through each questions again.  I wrote the score for both answers and if they didn't get the #1 answer, we let everyone in the audience guess what it was.

We really had a good time with this game and the kids have already asked for more like it.  So you may see more LDS versions of different game shows in the future.  (maybe...)

If you're looking to play the game yourself, you can find the original questionaire here.

The answers are here:

And the power point game with all eleven rounds and the blank Lightening round is here.

If you end up playing this, please let me know how it goes!