May 11, 2016
Come see how the party professionals decorate for a fun night at the beach at the SNAP blogging conference.  Heidi Swapp decorated and styled this party with fun activities, food, and prizes. 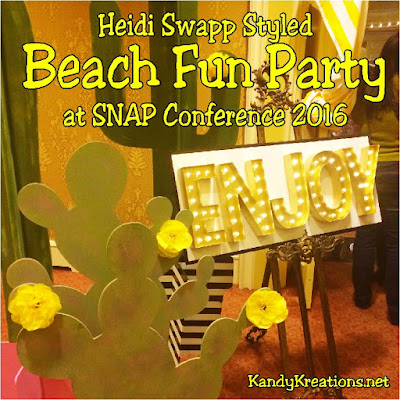 If you are a fan of Michaels Craft Store or parties, then chances are that you've heard of Heidi Swapp.  She has an amazing party line of items at Michaels that can take a party from cool to awesome in no time flat.

So when we heard that the Friday night party at SNAP conference was going to be styled by her, I think every party blogger in the room swooned.

I didn't stay too long at the party myself, just enough to enjoy the sites and have some party fun before running home to bed.  (yea, I'm not much of a night owl.  But I wanted to share some of the amazing décor for those that couldn't be there to give you a few beach fun party ideas for your next shindig. 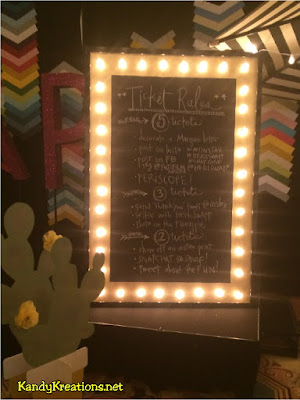 You could then take the tickets over to a prize booth that had items from Heidi Swapp's party line.  (I never made it over there since the line was SO long, but it was a great idea to get people involved in the party quickly.) 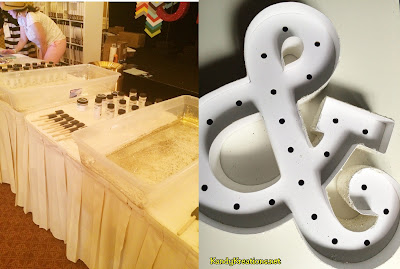 For the craft activity (you can't get a bunch of bloggers together and not craft right?) we were each given a Marquee Craft Kit to decorate.  I got an Ampersand sign since they were all out of Es.  (I guess that means I need to figure out that decorating trend.)

There were a few craft tables set up where you could decorate your letter with paint and glitter.  I chose to go with a clean look, and glittered the outside of my marquee letter with a white glitter.  I think that will go well with just about any party theme that I chose to use this letter in later. 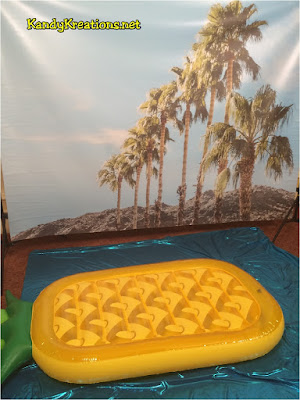 In one corner of the room, there was a photo booth set up with a large pineapple inflatable raft.  It was fun to watch the guests dress up in their sunglasses and flamingos to take a picture with the palm trees in the background and the ocean under their feet. 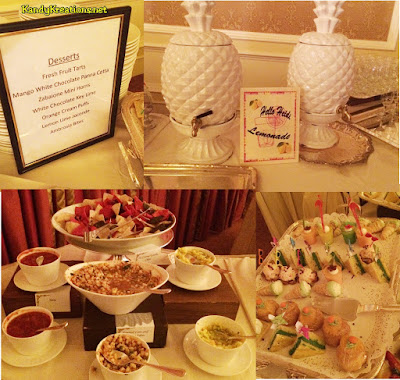 The food consisted of all kinds of fun beach and sea themed foods.  The Lemonade was served in glass pineapples and the little sandwiches and snacks had flamingos and sunglasses in them.

The party was a lot of fun, although I wasn't a fan of all the lines to stand in and the lack of interacting with other guests.  But the decorations were beautiful, the food was yummy, the party favors were amazing, and the activites were fun.  What more can you ask for?
party