August 05, 2016
Celebrate with the athletes at the Summer Olympics by doing what they can't--eating cupcakes.  But be sure to dress them up in style with these printable cupcake toppers featuring the colors of the Olympic rings and silhouettes of our favorite Olympic sports. 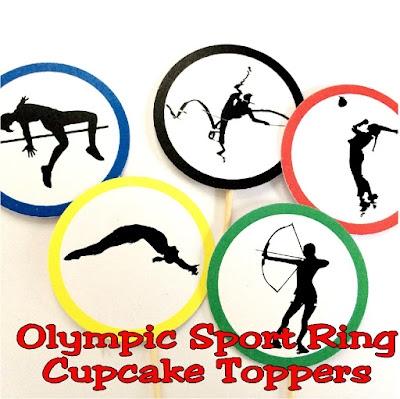 Will you be watching the Olympic Opening Ceremony tonight?

Other than the swimming events, it's my favorite part of the Olympics.  I love to see the world come together and cheer on their country, the athletes, and the ability to put aside our differences and enjoy the spirit of the Olympics for two weeks.

It's a beautiful thing.

But, the Opening Ceremonies are rather long.  It's fun to see all the athletes come in full of hope and possibility for their chance to compete for gold, but it takes FOREVER.

So as a spectator, I need some serious refreshments to get me through the entrance of each country's athletes.  That's why we'll be having an Olympics party celebration tonight with lots of sweets, including some Olympic cupcakes.

Our cupcakes will just be our favorite flavor box mix with some cute printable cupcake toppers on top to show our Olympic spirit. 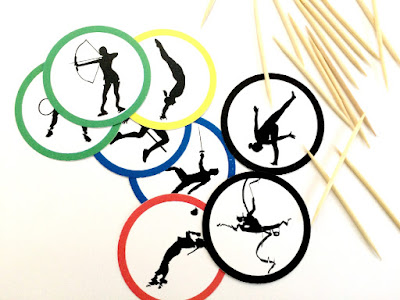 Each cupcake topper has an Olympic ring around the border with a silhouette of one of our favorite Olympic sports inside.  Simply use a 2 inch circle punch to cut them cupcake toppers out of card stock and glue or tape them to a toothpick.  Then stick them on top of your favorite cupcake and you'll instantly have a cute party treat to serve at your Olympic party.

Will you be watching? 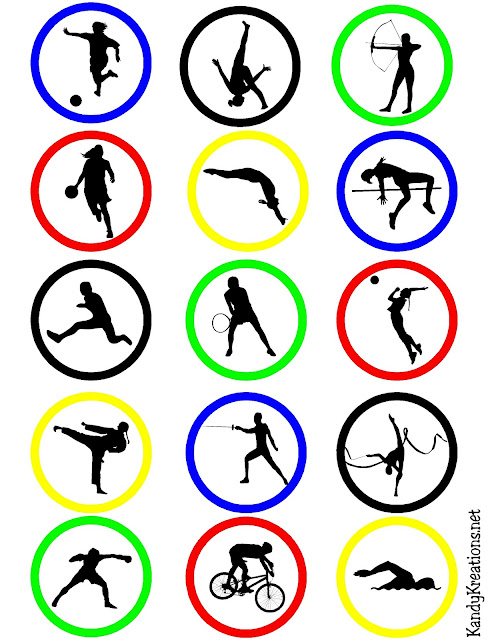