August 22, 2018
Play an extra large game of Checkers with this magnetic board game you can hang on the wall. It's so easy to create a fun family game that goes on and on and on. 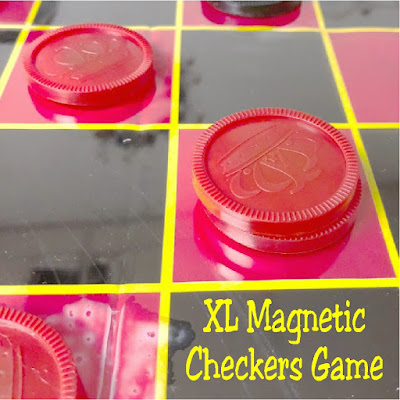 When you are planning a game night, it's easy to think about the food, the games, and the tables, but the walls end up getting a little forgotten sometimes in the party decorating.
Or maybe not.  Maybe you used an easy backdrop decoration like I did here, or maybe you want to turn the wall decorations into part of the party games. 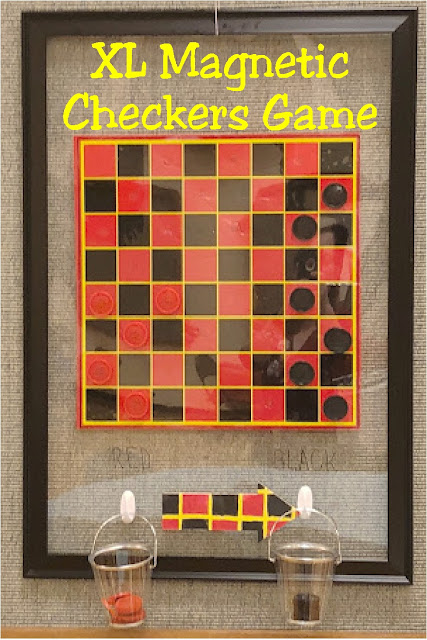 At our Game Night party, the walls had these ugly square sound dimming boxes.  I decided to create some extra large games to turn these eyesores into part of the party decorations and party games.
They turned out so cool that we ended up giving them away as prizes during the night and the guests LOVED them.
To make this party game, I used: 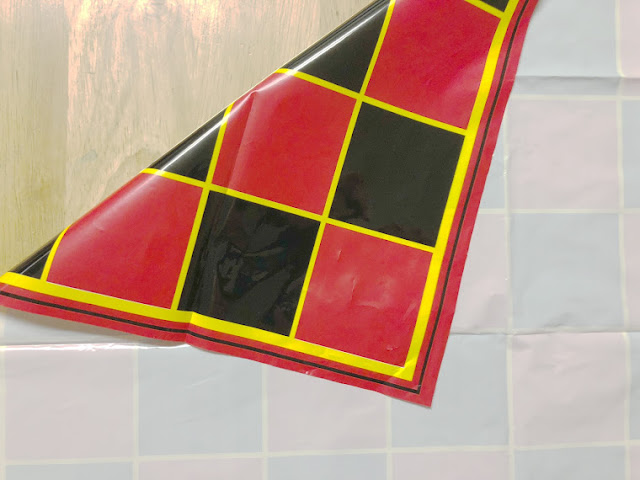 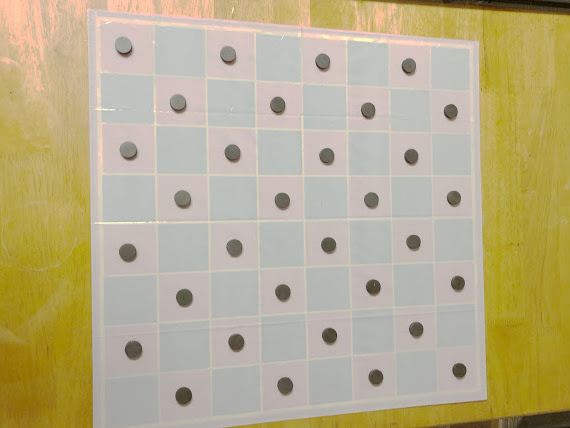 Once the board is dry, use E6000 glue to secure circle button magnets to the back of the red squares on your checkerboard. Every red square needs a magnet in the center. 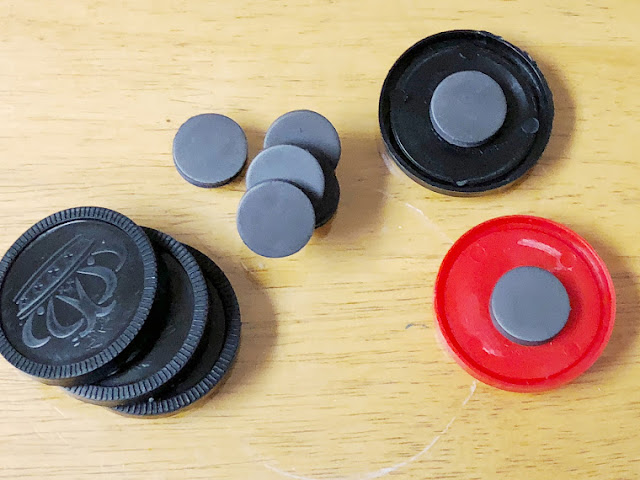 Glue one of the button magnets to the back of each of the checker pieces.  Allow to dry.
One of the great things about the magnetic pieces is you can add another checker on top when the piece is "kinged" and the magnets keep them together and in the game.  It worked awesome. 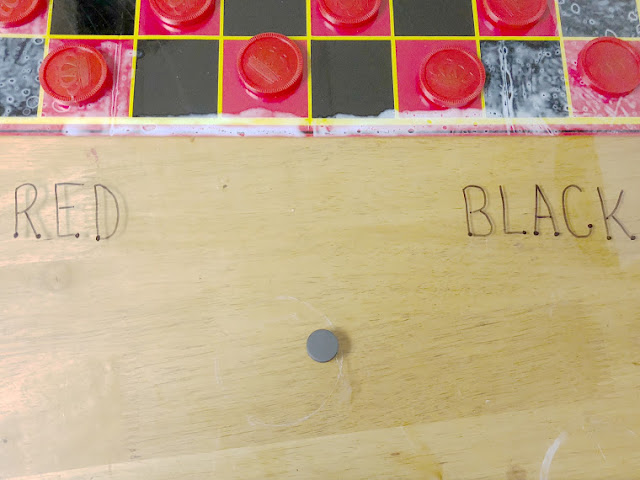 On the bottom of my checkerboard, I used a sharpie marker to write RED and BLACK and glued a circle magnet in between.  Then I glued another magnet to the back of a large wooden arrow.  This allowed me to let the players know whose turn it was if they wandered off from the game during the night but wanted to keep playing. 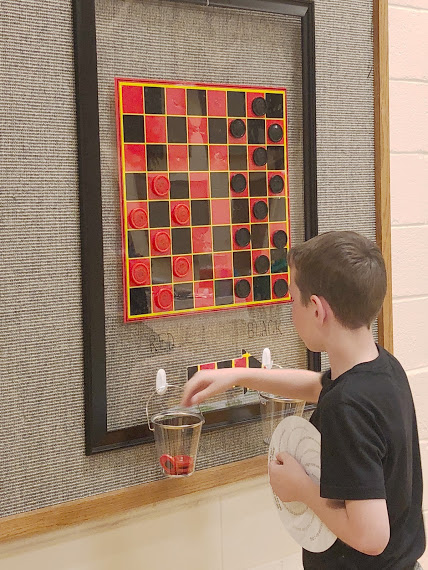 Lastly, I added two Command hooks below the RED and BLACK wording.  On the hooks I hung two small buckets I found in the party section at Walmart.  This allowed the players to place the pieces in the buckets when they got jumped so they didn't get lost.
This game ended up being pretty popular since the players could play throughout the night and didn't have to stay at the game board during other game night activities. 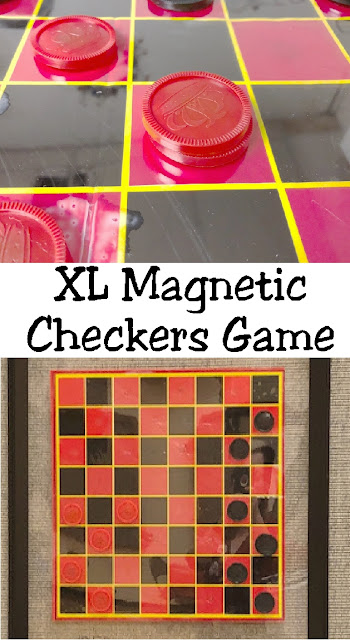 If you liked this game idea, check out all our game night party ideas: