June 02, 2020
Discover 5 games to play when stuck at home during your Stay-cation or while self isolating with the family.  Your kids will love having something new to do and you'll love the easy and quick moments with your family. 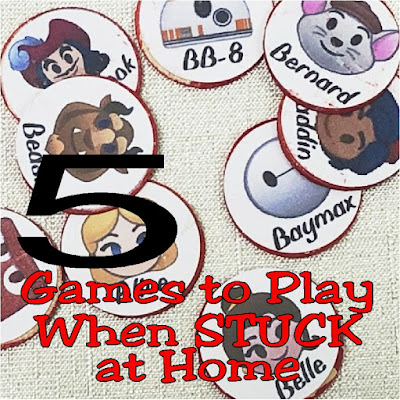 Do you feel like you've spent an entire year's worth of paydays during this quarantine period?

I feel like every time I turn around I am buying one of those "gadgets" off Facebook or something for the kids to do on Amazon.

Am I the only one who bored shops? 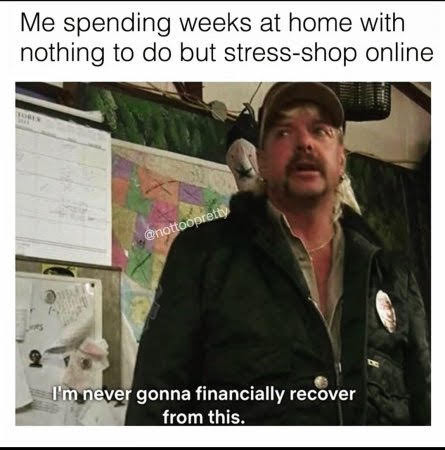 But with the start of the month, I'm checking my bank account and deciding it's time to play with what we already have.

So, we dug out our Disney Emoji bingo game from the family game night a few weeks ago.

I challenged the kids to come up with as many games as we could using the tokens that we had created for the bingo game. 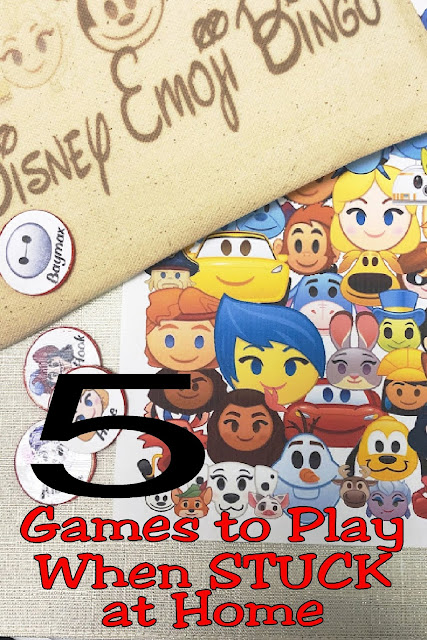 Here's 5 games we came up with using the Bingo game tabs from our Disney Emoji printable bingo game.

The last sheet of bingo tabs only has 9 characters on it.  Print that page twice.

Turn the circles over so the characters are hidden and mix them up.

Take turns turning over two circles at a time.  If the characters match, you keep the set and get to go again.  If not, it's the next player's turn.

Keep playing until all the characters are matched.  The player with the most matches wins.

Sort all the character tabs so that there is only one character from each movie. (It doesn't matter which character.)  Place the individual characters in a bag.

Randomly draw out one character.

Each player must name a song from the movie the character belongs in.  The player who can't name one within 10 seconds, loses.

Place all the bingo characters into a bag.  One player draws out a character.

Using no words and only actions, the actor must get the other players to guess what character they are. The person who guesses correctly gets a point.

Then it is another players turn to draw and act out the character.  Each player gets a turn to act out a character.

The player with the most correct answer wins.

One player draws a character without looking at it.

All the other players look at the character drawn

The player who drew the character has to ask yes or no questions of the other players to guess which character was drawn.  If the player can guess in 20 questions or less, he gets a point.

The player with the most points at the end of the game wins.

To help you play along, here's the printable I spy game board to print. 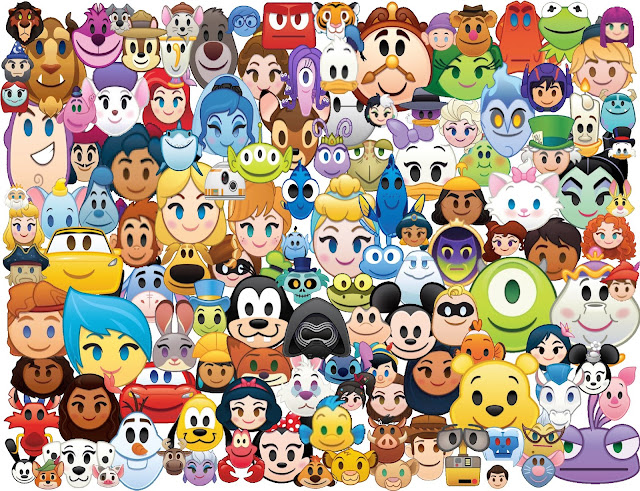