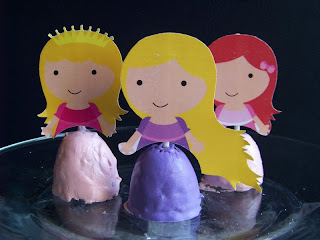 I admit, these sweet little princesses were not in my original plan when starting this project.
I saw these at Hobby Lobby last week and thought they would be great to have on my princess party dessert table.

But I forgot to buy them this morning and ended up watching the mother-to-be's kids while she went and had the star of our Princess Baby Shower this afternoon.  (She's a beautiful little girl!)  So I had to improvise and made these Disney Princess themed Brownie Bite Toppers. 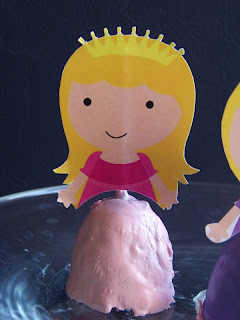 To make these I started by cutting out the print file of the Disney Princess Toppers.
The toppers have princesses from The Little Mermaid, Cinderella, The Frog Prince, Sleeping Beauty, Snow White, Alladin, (Tangled) Rapunzel, and Beauty and the Beast.
I tried both hand cutting these and using my cutting machine to do it.  They weren't too hard to cut out, just time consuming and a lot of Little cuts. 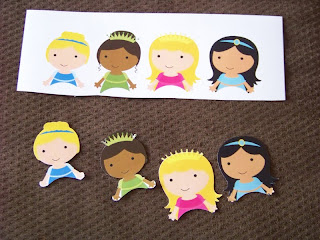 After I finished cutting them out, "Daredevil" and I baked our brownies in this fun brownie pan. 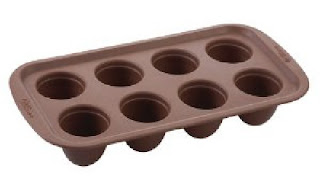 I've been wanting this pan for a while after buying "Daredevil" this fun book for Easter.  It has so many great ideas that I'm sure you'll be seeing variations of a lot on my blog. 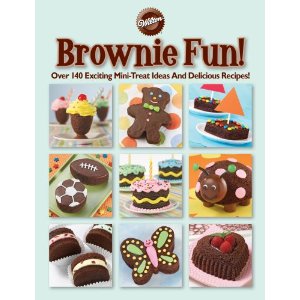 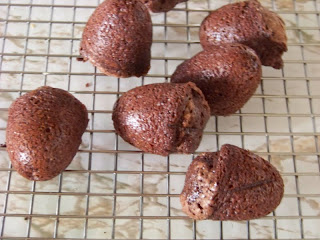 Some of the bites had tops on them, so we cut them off to make the bites stand up level. 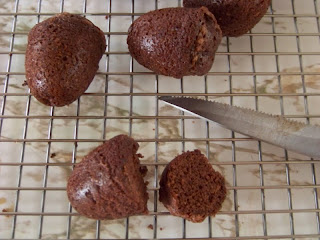 Then we dipped the end of a regular sized sucker stick into melted chocolate and placed it into the brownie bite as far as it would go. 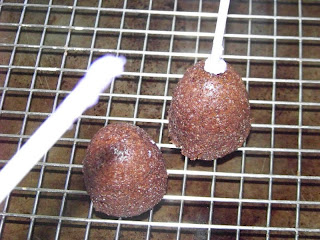 After the chocolate had hardened and secured into the brownie bite, I dipped the bite into colored chocolate.  I tried to match each of the princess's dresses to the color of chocolate I dipped them in to. 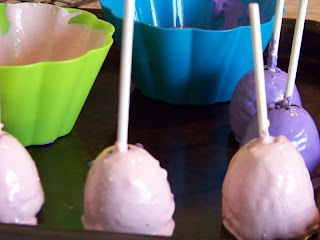 Then I simply glued the princess to the top of the stick. 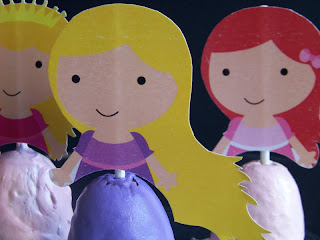 My sucker sticks left a little room between the princess and her dress, so if you don't want that, you could pull out the stick and glue the princess to the top of a toothpick instead.
You can also spruce up each of the princesses' dresses by adding a little bit of chocolate in designs.  I meant to, but with the extra 4 kids in my house today, it didn't happen.  But I do plan on doing this before the new little princess' welcome baby shower! 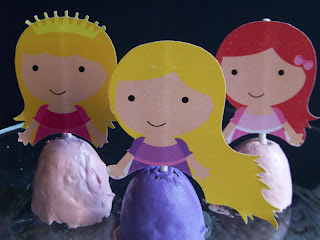 UPDATE:
I had to try one of these so that the stick came down the bottom.  I used a toothpick to attatch the princess graphic into the brownie bite.  I also added our new Birthday Cake Pop liners. It looks pretty cute both ways! 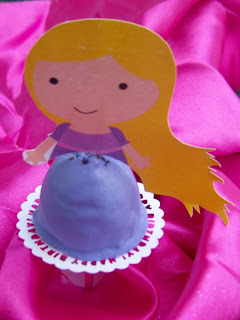