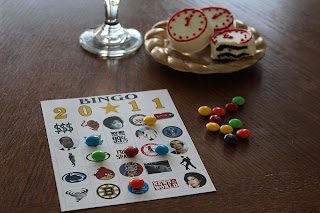 New Years Eve has never been my favorite holiday.
I really don't enjoy staying up late and standing around at parties trying to make small talk.  It's just not my thing.  I'd much rather be with close friends and call it a night early. (I know MAJOR party pooper here.)
Since we don't have any close friends yet, we are going to spend a quiet New Years Eve at home with the kids.  To try and make it a little more exciting for them, I have created a Bingo game based on important, fun, sad, big, and little events from 2011.  This will let us have fun while celebrating and remembering the year as we say goodbye.
I have been working on this Bingo idea for almost 2 weeks now, but have had major difficulties in getting it finished.  I just can't seem to get much done when the kids are home.  They are too excited to finally be in a house again and have all their stuff.  It seems that "my stuff" keeps getting lost under theirs.
Hopefully, this game isn't too late for you to enjoy at your New Years Eve celebration this weekend! 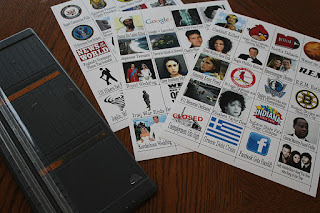 This download comes in a zip file for you to download and print immediately.  It contains 5 pages with 2 bingo cards on each for a total of 10 cards.  Also included are 3 pages of 20 popular top events of 2011.
These events include: 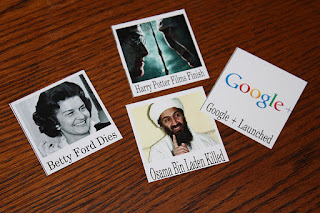 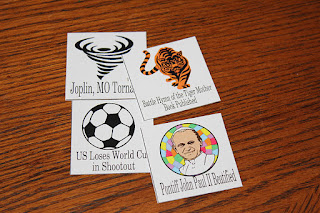 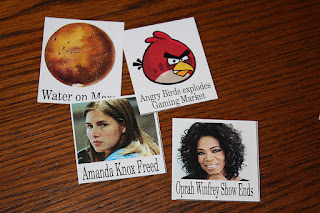 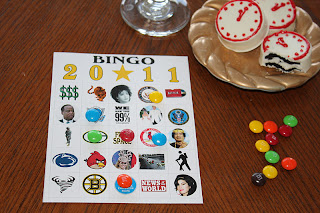 It was kind of hard to figure out 60 events that weren't all depressing since it was such a hard year for so very many in the world, but I hope there is enough of a mix of fun and serious events to make it a Bingo game worth remembering as you say goodbye to a year many want to forget.