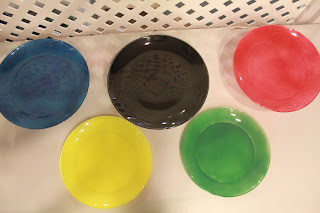 I guess every young child dreams of going to the Olympics some day.  When you are out practicing for hours on end while other kids are playing, the thought of some day standing on the podium while the national anthem plays keeps you going.
Now that I'm an adult, I realize that I was never going to make it to the Olympics.  I just wasn't that good.  But I certainly had my dreams of out swimming Michael Phelps.

Now that I'm older and reality has set in, I empathize more for the mothers of all those Olympic athletes.  I feel a sense of pride and accomplishment as each of those athletes enters the stadium and enjoys the opening ceremonies.
This year, I'll be imagining my own children out there and we'll cheer each athlete that wins and mourn with each that misses the gold.
But while we are doing that...we'll enjoy lots of sweet treats. After all, the Opening Ceremonies are LONG! It takes a long time to walk that stadium and we'll need lots of energy to keep us going.  But we have to do it in style.  So today I made some Olympic Ring dessert plates for our Opening Ceremony viewing party. 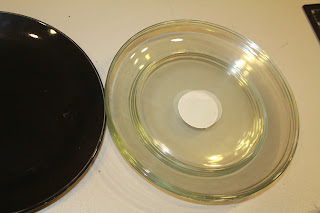 I started by buying these clear plates from Dollar Tree.  I suppose I could have saved a few steps and just bought colored plates from Walmart, but I'm a cheapy and didn't want to spend $2.50 a plate.  I did buy a black plate and 4 clear plates.  Dollar Tree had yellow and green plates too, but they were more of a mustard and sage color than the bright colors I wanted. 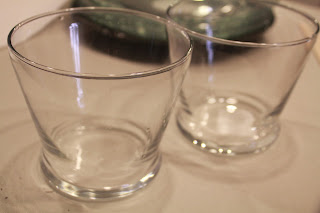 Normally when I'm making cake display stands, I go with the small candle sticks, but I wanted to try something different, so I found these candle vases and picked up 3 of them to give my Olympic rings some height. 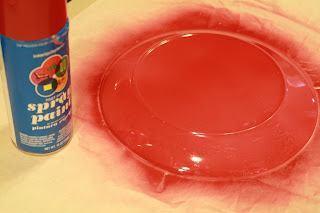 I spray painted the bottom of my plates in red, yellow, blue, and green.  By spraying the bottom of the plate, I wasn't worried about the color coming off on the food and being unsanitary. Now if you don't have these colors already on hand, it might not save you money by going this route, but since I have a strange love of spray paint, I was set. 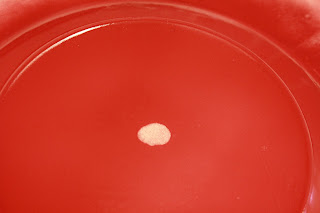 At this point, I usually glue my plate to my candlestick, but wanted to try something new.  I wanted my plates to be interchangeable down the line so I could use the bases and not have to buy new ones.  But just placing the plate on the stand didn't make it very secure.  So I found some velcro circles that I had laying around from another project. 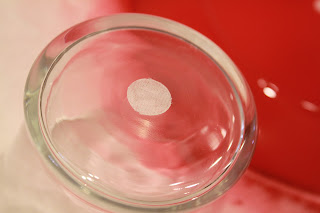 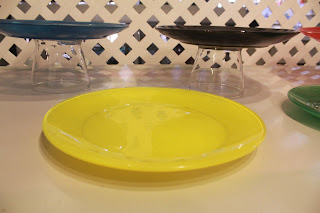 This gives the back rings some height so everything on my dessert table isn't eye level. 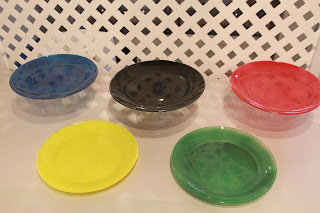 Lastly, I laid the plates into the colors of the Olympic rings.  Now they are ready for LOTS of treats and the games to start!
olympic