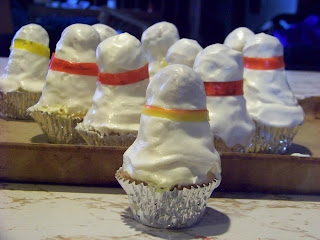 I first saw these awesome cupcakes in the cupcake book "Hello! Cupcake"(which I really covet, but didn't buy since I wanted the other one "What's Up Cupcake!" more)
I had to attempt them from memory (since I bought the other book instead), so these Bowling Pin Cupcakes leave a little to be desired. If you want the really great, perfect version, be sure to purchase that cookbook.
If you want a fun, but not so perfect substitute...here's my version of the yummy cupcakes we plan to have at hubby's birthday party tomorrow night.
Bowling Pin Cupcakes
Use your favorite box mix of cake mix to make at least 12 regular sized cupcakes and 12 mini cupcakes.  (I used the rest of the mix to put aside for cake balls...) 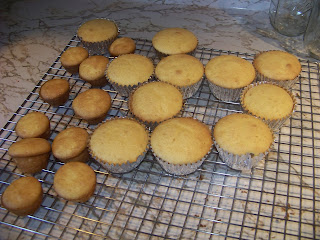 Once the cupcakes are cooled, frost the top of the regular sized cupcake and place the smaller cupcake on upside down. 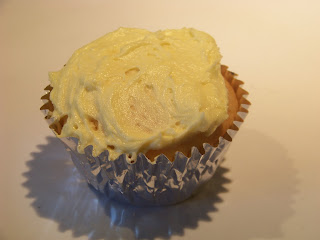 Now frost the bottom of the small cupcake (which should be facing up) and place a small round donut on top. 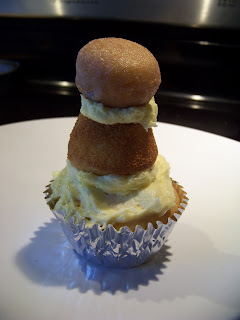 I used some butter cream frosting that I had left over from the Super Bowl cupcakes that I made (because I'm a cheapy that way--use what you got!) so my cupcakes are yellow.  I would recommend using white if you can because I had the bottom frosting layer show through in the end.
At this point, the cupcakes weren't firm enough to work with, so I put them in the freezer for a few hours and played with my kids and other projects.
After a few hours, I took them out and used a can of white vanilla frosting to frost up the sides of the cupcake to fill in the holes and make the cupcake smooth.  (Not that I did a good job...next time I'll try a little better on that count.)
(Pretend I don't have a DEFECTIVE camera and there is a cool picture here.)
Then I microwaved a container of vanilla frosting on medium heat for 2 minutes.  (Note to self, take a little out first so when I dip, it doesn't over flow!)  Now dip the cupcake into the melted frosting all the way up to the wrapper. 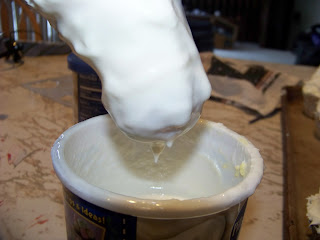 Be careful to let the excess drip back into the container or else it makes a mess.  (Trust me, if you're not a mess at this point with frosting all over your fingers, then you're baking wrong anyway!) 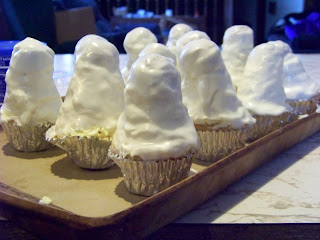 Now you have 12 white moundy thingy cupcakes.  To turn them into Bowling pins, cut a piece of fruit roll up into strips.  I tried to cut mine to make two smaller rings, but it didn't work very well. 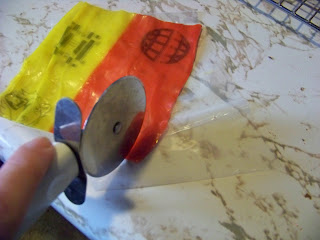 Now wrap the roll up around the top part of the cupcake and WHALA! Bowling Pin Cupcakes! 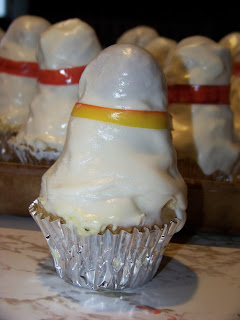 I'm going to pair these with some Chocolate Covered Oreo Bowling Balls that I made today (while I was waiting for the cupcakes to freeze) and there's my Thank You favor gift! 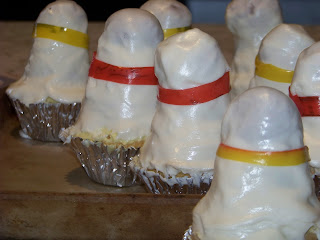